Our offices are open and disinfected daily and we are following safety protocols, including the regular use of hand sanitizer. We are also available to be retained by phone, Facetime or Skype. 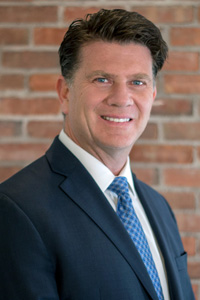 Christopher P. McGuire, Esq. is a graduate of St. John’s University School of Law and was admitted to the New York State Bar in 1995. He is a retired judge and former prosecutor. He has taught judges and attorneys on important legal issues at educational seminars and has written articles for the Suffolk Law Journal. Mr. McGuire is admitted to practice in the U.S. Supreme Court, U.S. Court of Appeals for the Federal Circuit, U.S. Court of Appeals for the Armed Forces, U.S. District Court for the Eastern District of New York, and all New York courts. Mr. McGuire was an Aide to the Secretary of State during the Reagan-Gorbachev Summit, a Congressional Aide to Congressman Thomas J. Downey, taught college classes in Beijing China, and was a Diplomate for the East West trade conference in Beijing, China in 2010. He is founder of HALO Missions, a charity that provides educational and medical assistance to orphans around the world.

Mr. McGuire has been operating a general law practice in Central Islip, New York for more than 20 years. He focuses his practice on issues of criminal and traffic law, personal injury, real estate transactions and landlord-tenant disputes.

In addition to his career as a private practicing attorney, Mr. McGuire has also served in the following roles:

Mr. McGuire has served on numerous Bar Association committees. He has traveled extensively and is a founder of HALO Missions, a charity formed to provide medical care and educational assistance to orphans in developing countries. He resides in Suffolk County with his wife and son. He is a volunteer firefighter, and a member and contributor to numerous local, national and worldwide charitable organizations.

© Copyright 2020 by McGuire, Peláez & Bennett PC. All rights reserved. Disclaimer.
This site is designed and developed by PR4Lawyers.